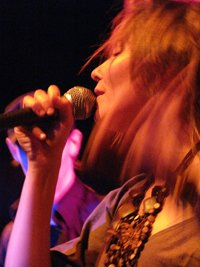 Tina … thumping drums running along the sparkles of a dulcimer in tribal rhythms like a torrent chasing its source; a violin bow caressing the electric guitar with a mystic purr; a glass harmonica shimmering like a stream.

Tina is about recording the emotions in the moment she creates her songs, leaving pure melodies.

She has crafted a dynamic expressive and atmospheric sound, likened to Kate Bush, Bjork and Tori Amos, with unique melodic hooks and thoughtful, challenging lyrics.

Her songs get regular air-play on Radio FM4, Radio Lionheart and Radio Dandelion. 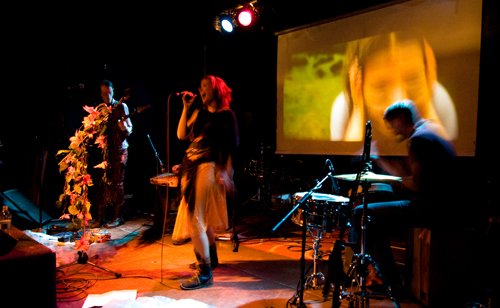 Quotes
“’Hardcore Smiler’ is a satisfying and provocative fusing of rock and pop with the unexpected delights of the hammered dulcimer, storming tribal rhythms and more than a sense of the exotic in Mali’s vocal. ‘Spirit’s Child’ and ‘Don’t Be Afraid, Dad’ have echoes of Kate Bush, with Mali’s lithe and versatile voice at its beguiling best. Here again we have an artist brave enough to look beyond the obvious genre formulae.”
Jackie Hayden, Hot Press

“Amaniaca has a more eastern feel to it, plus sinister heavy strings and thumping drums that add a dark intensity under her rich vocal. Superb stuff that deserves an international market.”
Hot Press

“I was particularly blown away by Love Puberty Love, the best I have heard.”
Neil Jenkins, Radio Dandelion