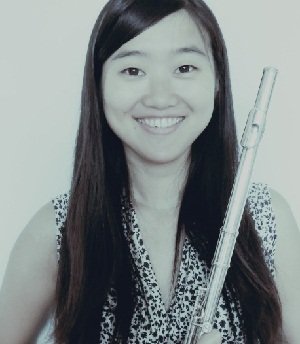 Evelyn is an eminently experienced and passionate London based solo Chinese Flautist (Bang Di) performer. She has collaborated with many other musicians in different styles including pop, jazz folk and classic. She is also able to play on the Chinese flute (bang di) with Chinese folk tunes.

Having graduate from Birmingham Conservatoire, she started her performing career and move to London in 2012. As an active performer, she constantly takes part in various performances including premiering, recording, theatre performing, service, private parties and festivals.

Apart from performing as a solo flautist, Evelyn is also available as a duo with fellow flautist Becky, a postgraduate student in Royal Academy of Music.

The duo are available for functions, receptions, private parties and weddings.

Bang-Di was originally a major accompaniment instrument for Bang-zu in Chung Su opera thus acquiring the name. The body of the Bang-Di is thin and short its sound projection is sonorous and high and shapes it is the flute used for the high notes.