Canta Bell have performed together supporting the Classical group The Priests at numerous events including concerts in Liverpool Cathedral, One Whitehall Place in Central London as well as appearances on GMTV, The Alan Titchmarsh Show and Jonathan Ross. They have shared the stage most recently in Aix-en-Provence and Beijing. Christina and Gia have also performed together at various corporate events including for companies such as Jo Malone’s and Peter Jones. We look forward to offering a varied and exciting repertoire with something for everyone’s musical taste. 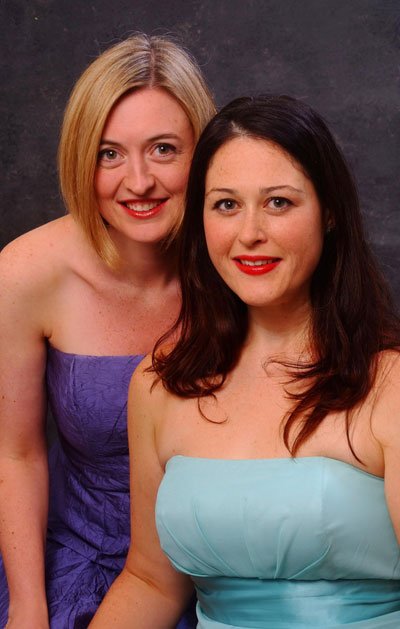 In 2008, she made her solo debut at the Berlin State Opera, Aix-en-Provence and Innsbruck festivals in Handel’s Belshazzar, conducted by René Jacobs, and will resume the role at Toulouse Opera in 2011.

Christina enjoys a wide variety of song repertoire: she has performed at the Wigmore Hall and given recitals around the UK, in France and Copenhagen. Future recitals are planned in London, Surrey, Suffolk and Berkshire. She is also in great demand as an oratorio soloist in the UK: forthcoming projects include Judas Maccabeus at King’s College Cambridge, Dixit Dominus and Bach Magnificat in Southwark Cathedral and Puccini Messa di Gloria for Winchester Festival Choir.

Gia Coppolo trained at the Royal Academy of Music where she graduated with first class honours. She has taken part in master-classes with Ingrid Surgenor, John Streets, Andrew Greenwood & Udo Reinemann. Whilst still a student, she received a Commendation for her performance in the Isobel Jay Singing Prize and was also a finalist in the 2003 Thelma King Competition (Bath) Gia’s solo operatic experience has included the role of Amor “Orpheus & Euridice” for Barn Opera, Chilmark as well as scenes as the Countess “Le Nozze di Figaro”, Tatiana “Eugene Onegin”, Frasquita “Carmen” & Fiordiligi “Cosi Fan Tutte”.

On the Concert platform, Gia has performed throughout the UK as well as on the Continent, in Belgium and France. Recent engagements include ensemble performances in “Alceste” at the Aix-en-Provence Festival and “Semele” at the 2010 Beijing Music Festival.