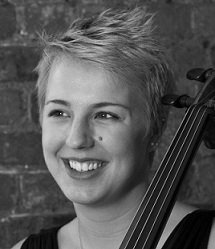 Lucy is a cellist who has recently graduated from the Guildhall School of Music and Drama, London and is currently studying with Ursula Smith and Susanna Riddell. She has received masterclasses from ‘cellists Louise Hopkins, Alexander Bailey, Melissa Phelps, Anna Shuttleworth, Rebecca Gilliver, Adrian Bradbury and Catherine Rimer.

Lucy has performed as a guest leader for I Maestri and London Arts Orchestra, as well as playing with the Symphony Orchestra of India, New London Sinfonia, Young Musicians Symphony Orchestra, Mozart Symphony Orchestra and with Bampton Classical Opera Company and has been fortunate enough to work with musicians such as Gordan Nikolitch, Sir Colin Davis, Vasily Petrenko and James Gaffigan.

Apart from orchestral playing, Lucy very much enjoys playing in different surroundings. She has played the ‘cello on the ITV soap opera ‘The Royal’ and for  Simon bookish Mojo magazine cover CD as well as an on stage ‘cellist in the musical The Last Five Years.

She also had the opportunity to play alongside composer and performer Haushka at the Barbican Concert Hall with her quartet and Bush Hall and was involved in making an award winning short film with well known photographer Chris Frazer- Smith. 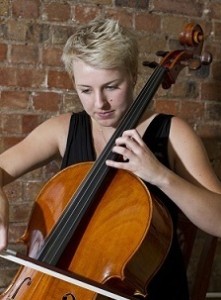 Lucy also enjoys playing with pop bands and has had records with Benjamin Francis Leftwhich, Professor Penguin and Haken. She recently played with India Bourne (part of Ben Howard’s band) and worked with Emmy the Great as part of Women of the World week, performing in the Festival Hall, Southbank.

Apart from performing Lucy enjoys teaching the cello. She teaches as part of the Arts First scheme at schools in Islington while private lessons are also available. Besides being apart of the Wigmore Chamber Tots scheme with her Quartet, she has also been a strings coach for the UBS orchestra in London conducted by Benjamin Gernon.