Music for LONDON > Corporate Entertainment > B Side

The B Side are a Contemporary, and Versatile party band with a vast play list of modern chart hits, as well as classics from the 50’s through to the 90’s. The band consists of 5 professional and experienced musicians, who have all worked with some of the biggest names in the music business, as well as starring in west end musicals. Their musicians have worked with Jamie Cullum, Alison Moyet, Bjorn Again, Liberty X, Kid Creole and the Coconuts, and INXS to name but a few. All members of the band have extensive experience of playing at weddings, University balls, private parties, charity events, and corporate functions. 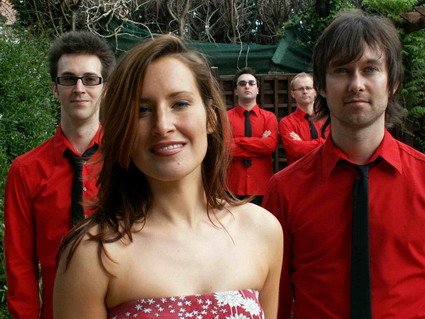 The band is available as either a 5 piece band with Female and Male vocals, or a 4 piece band with Male vocals. This enables the band to adapt to stage space limitations, and most importantly, adapt to the budget of the client. The 5 Piece band line up consists of Julie – Female Lead Vocals, Guy – Male Lead Vocals/Guitar, Simon – Bass Guitar/Backing Vocals, Pete – Keyboards/Backing Vocals, and Toby – Drums. The 4 piece band is the same line up without Female vocals.

What makes the B Side different to others bands is their ability to keep their play list fresh and up to date, playing the most recent chart hits of the 00’s as well as classics form the 50’s to the 90’s. The play list is always organised on the night, and is always varied to cater for the age range of the audience, and the songs that they know will get people up and dancing.

The B Side are totally reliable, punctual, and smartly dressed. Onstage they are energetic and entertaining, involving the audience in the performance wherever possible! The band is fully self contained, providing a top of the range PA and lighting system for audiences up to 300 people.

The Power Of Love

With the B Side you get great value for money as they can play up to 3 x 45 minute sets. In addition, they can play extended sets, and if requested can play an additional Jazz/background music set during dinner or a drinks reception. The band travel all over the UK and overseas, and will always strive to make your event special and give you a show you’ll never forget.