The Survivors Party Band are a London based party band who play an extensive repertoire ofhits from the 60’s to the modern day.

The band add their own unique twist tocurrent Pop and Rock to create a fresh, new sound you won’t hear anywhere else as well as classic Funk and Soul performed in an authentic vintage style.

The band was formed in London out of some of the cities top musicians who have played all over the world with acts who include Olly Murs, Gregory Porter and Gentlemans Dub Club.

The Survivors Party Band provide both a highly professional and polished performance whilst making sure that all of your personal requirements are met to make your event absolutely perfect.

The Survivors Party Band are happy to accommodate any requests you may have including first dances with the option of having a bespoke arrangement created specifically for your special day. 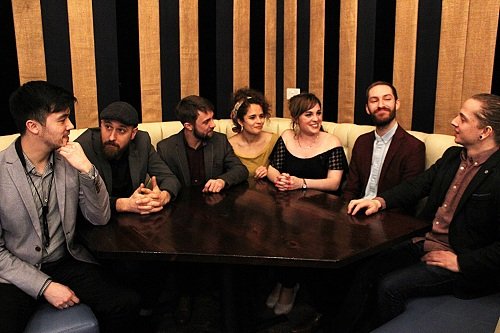 The band will go above and beyond to make sure that your day goes as smoothly as it possibly can. The group provides all of their own equipment including 1000W PA system and lighting.

The band comes in three lineups. The first is a stripped back acoustic trio which features an interesting lineup of vocals/flute, piano and double bass.

This lineup is perfect for a smaller party/event or drinks reception. The five piece lineup provides you with the core The Survivors Party Band which will turn any event into one you wont forget.

This lineup can be further augmented by adding a two piece horn section to the band, truly giving you the deluxe Survivors Party Band experience.