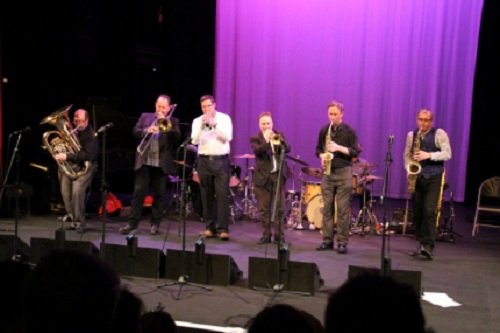 6plus1 is a band of 7 musicians playing New Orleans jazz, mixing in funk, rock and Ska styles with 2 Saxophonists doubling woodwind, 2 trumpets, trombone, tuba and drums.

Music is presented with a typical Monty Python, Spike milligan style of humour with elements of slapstick next to virtuosic playing.

Home-made PVC instruments feature in some of the musical routines.

The group tours the UK in arts centres, theatres and is also great entertainment at functions and parties.