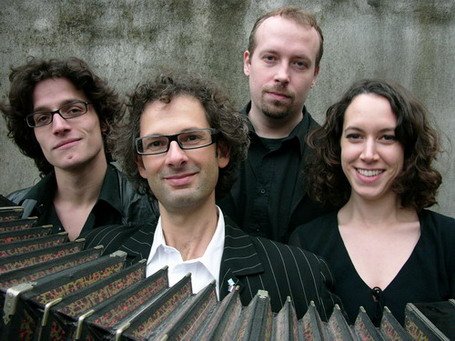 Tango Argentine is born of a collective fascination with tango music of Argentina. The group started in 2003 playing mostly traditional tangos written for dancing but quickly progressed to performing concerts and milongas in the tango circuits of Europe.

They have recorded two albums; the first entitled ‘Derecho Viejo’ in 2004 contained recordings of dance style pieces and their second album ‘Travesia’ released in 2007 explores the more contemporary side of tango music today.

They have travelled widely together, so far touring Holland, Belgium, France, Scotland, England, Switzerland and Germany, have been aired on Classic FM and performed in the Watch This Space Festival 2007 and Norfolk & Norwich Festival 2008. They will be touring to Denmark in the summer. 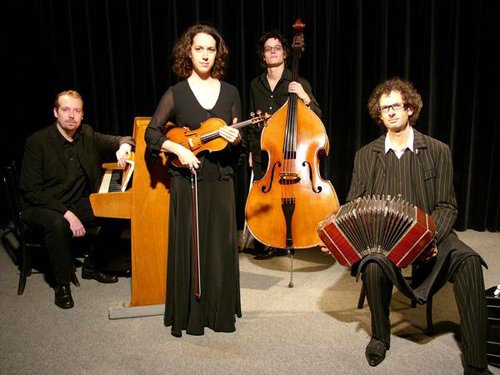 Tango Argentine aims to demystify and to open up a new path for those who have not had the opportunity to discover how this rich and fascinating tango music is relevant to modern life. It is the music of the city, filled with all the energy and emotions that burn in the heart of all heaving capitals.