The Latin Entertainers can provide any number of samba drummers with costumed dancers. Create that Rio atmosphere, the sounds of the World Cup and the Rio Olympics to come.

Genuine street sounds played by some of the best drummers and percussionists around. Instant on the spot and high energy, a guaranteed all round display of drums and sounds.

Have you ever wanted that undeniable Latin sound but not had the space or budget to hire an 8-10 piece group?

So for those small spaces requiring a genueine Latin sound then look no further.

Mixing tunes from Cuba to Brazil. Playing old school to modern floor fillers! Can be booked with the Cuban Duo

Can perform with a small to large self contained percussion kit.

Music for LONDON Ltd (Est. 2002) Represents a Collective of London’s Most Requested Professional Musicians & Entertainers for Hire in London, the rest of the UK and Worldwide.

Get a Free Quote

Some of the Christmas 2019 Highlights

We Are All Londoners: Celebrating our European culture and communities – https://bit.ly/2BCf9Ra         London Bridges Run – Busking Band at Run Route […]

Summer is a Great Time for Outdoor Events and Parties in London. We at Music for London are happy to be part of the multitude […]

Music for London are very happy to have been involved in Carnivals, Sporting Events and Various Other Outdoor Events Camberley International Festival – https://camberley-international-festival.com/   […]

This Autumn, other than the regular gigs, Music for London provided musicians for various events that included a 1920s theme band for a Roaring 20s […] 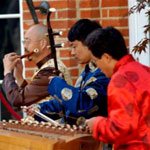 The Chinese Rose Band is a long established Chinese Ensemble based in London. They have performed in a great variety of event including at Elton John’s mansion

Upbeat Brass Band The Brazen Brass Band, based in London, are inspired by the New Orleans brass band tradition, also incorporating influences from other cultures […]

Claire first started Violin at the age of 6, and thanks to a thriving musical community, she soon began lessons on the Piano and Recorder. At the age of 15, Claire was fortunate enough to commence studies on the Harp

Experience an evening of spell bindingly good music – this is pure live acoustic entertainment at its sweetest and best!

Corporate Events Consultant - January 9, 2020:
Hi Paul, Thanks you for your interest. Dominic is already booked for this [...]

Buy Tickets from Music for LONDON

The Guan Yin Dragon Dance Performance is performed by 7 Kungfu Acrobatic Performers. The Dragon can be used for high impact performances or artistic based performances.

Violin Cello Duo in London Romain and Eleanor are professional musicians and graduates of the Royal College of Music and the Royal Academy of Music. […]

The Drifters – Country And Western Band

Hoedown Band For Festivals, Functions & Corporate Events Grab your Stetson and polish those rhinestones… … and come on down for just the best country […]

Almost Two Decades after shaking the hand of Johnny Cash, The Arkansas Drifters began to Honkytonk their way across Europe and the UK with their electrifying mix of 1950’s American style Rockabilly & Country music.

Gospel Choir In London The Golden Gospel Choir are an outstanding group of singers who love everything gospel and soul. As individuals and as a […]

Giant is a traditional Gospel Choir for Hire that comes with all the Volume, Energy and Feel you would expect from a ‘Sister Act’ styled Choir.

All Female Latin Band in London Salsera is made up of 10 highly skilled, professional female musicians from around the world. With a three-piece brass […]

Azucar Cubana is a band that plays authentic Cuban son – the essential Afro-Cuban sound that originated in the streets of eastern Cuba and gave rise to modern salsa.

London Based Steel Pan Soloist with a Large and Varied Repertoire.

The Carribé Steel- Steel Band Solos, Duos and Trios were formed by John Thomas who is known for his enthusiastic and fun performances.

All Female Contemporary Operatic Vocal Ensemble The Vocal Quartet are a fresh, female pop-opera band performing a collection of songs from Dvorak to Jessie J, […]

Solo Vintage Performer in London Music, glam & “All that jazz”! Iris is a sensational vintage performer who promises to take you on a musical […]

Jimmy and the band bring their own fresh and exciting arrangements of classic Pop songs and retro grooves to the dance floor and delight audiences with their vast repertoire of timeless Rat Pack and Swing numbers.

Professional Flamenco And Classical Guitarist Adam is a professional flamenco and classical guitarist who was mentored by one of the greatest guitarists in the world, […]

A unique Spanish and Latino flavored band playing a repertoire of Spanish and Latin American music, their sonic vitality will vibrate from your ears, through your heart and out of your feet.

Flamenco & Classical Guitarist who seamlessly mixes styles to create the perfect background ambience with a lift.

UK’s most Authentic Motown Band with a Lead Soul Singer who was signed to Motown Records. “Why book any other Motown Band ” – Christina Noel

Soul City are a London based All Girl Party Band available as a female duo, mixed trio, 4 – 10 piece All Girl Band.

Lucy and Maria are a London-based flute and guitar duo, they met whilst both studying for Masters Degrees at the Guildhall School of Music and Drama and have since worked together in a number of projects.

The B Quartet Woodwind Ensemble

Her virtuoso performances and imaginative programmes have established her reputation as a harpist of exceptional accomplishment. She has had the honour of playing at the Queen’s 80th-birthday celebrations at Balmoral Castle and at the King of Thailand’s birthday celebrations in Bangkok.

Solo Female Harpist in London Described as A sensitive chamber musician as well as a virtuoso soloist by the New York Concert Review, Azure is […]

Lilia Harpist For Events Lilia harpist is a solo harpist that is also available as a duo upon request. Having debuted at the tender age […]

The Trinity Singers is an experienced close harmony group who perform Christmas Carols.

Book a 4 Piece to 20 Piece Professional Christmas Carol Choir for Christmas Parties and Events in London.

Russian Cossack Dancers in London Choreographer Zoë provides Russian dancers for private parties and events in and around London. The dancers are of the highest […]