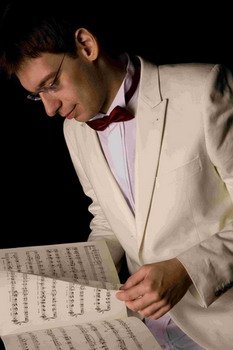 Jozef at the keyboard is intense, virile, masterful, and confident, a typical Eastern European virtuoso. Equally comfortable in the concert hall or the cocktail lounge.

Jozef Performing with an Orchestra

He has won many major prizes in the pianistic world including at the International Piano for Four Hands Competition. His Concerts include the Mozart concerto KV488 and the Ravel Concerto in G with the Slovakian Symphony Orchestra.

He has a wonderful rhythmic sense that gives the music a welcome vigour and momentum.ENQUIRE ABOUT BOOKING 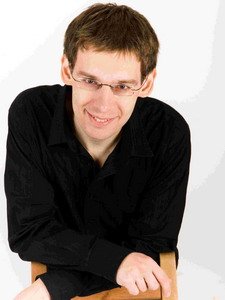 His other prestigious awards include the International Smetana Competition, and the Anglo Czech Trust Festival He has performed in concerts in Sweden, England, Austria and Poland. A classical virtuoso and child protégée his magic fingers will dazzle your guests and keep them wanting more.

Jozef has a BA in music from Zilina Conservatoire, a Postgraduate Diploma and an MA in Music from the Royal Academy where he studied with Patsy Toh and Graeme Humphrey.

He is a recipient of several prizes that  include First prize in the International Piano Competition in Hradec Kralove, Czech Republic.

Jozef also plays jazz and his recent corporate bookings include a launch of a new collection at Georg Jensen or the opening night of the Ealing Arts Festival.  Jozef  has also been the organist at St. Mary Magdalene’s church in Maida Vale and the conductor/accompanist for Mary Ward Singers, Nightingale Singers and Cantorum choir.

We were absolutely thrilled with Jozef’s performance this evening. Everyone thoroughly enjoyed it… I look forward hearing him again and recommending him to others.

I wish him a bright future.