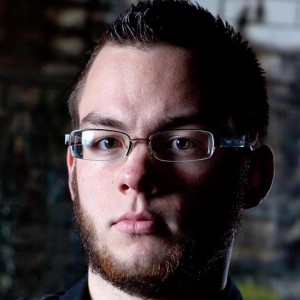 Profile
I have been playing the drums since the age of 15. I have taken advantage of opportunities to play with many great musicians at various venues and events; gaining experience as a session drummer in both live and studio settings. I’ve had experience of working professionally not just in the UK but internationally throughout Europe. This includes being part of a team of session musicians, right through to stepping into an established band at short notice for a gig. My experience and reputation in the local area has led me quite frequently and in some cases permanently, getting approached and employed by bands to step in and work in a consultant position to advise on aspects of the bands direction and compositions. This role I take very seriously also because it means that I not only help create a better product for that band but also diversify my own ability and vision on drumming. I believe in working very hard, that not only means behind the setup, making certain that the performances are perfect but also away from the kit. I am always working on different aspects of my projects, overseeing logistics planning, promotional work or speaking with the venues, managers, labels and so on. I also have some experience of using ‘Cubase’. I am quick at learning and developing parts. I have a big interest in developing my drum parts in every piece of music that I play unless strictly unnecessary. I’m very keen to continually improve my playing ability. To this end, I have previously taken drumming lessons and I’m soon about to embark on a three year BA (hons) degree course at ‘BIMM' - Bristol institute of modern music.

I have experience of working with click tracks, though have the confidence and ability to maintain steady pace, tempo and groove without. I’m a friendly, polite and well mannered person. I get along well with other people and have good communication skills. I thoroughly enjoy working with other people to achieve a common goal. In the past I’ve given drum lessons to other people which I find really rewarding, when I see that person applies what they have learned in the context of their own band or production. I am very well organised and good at planning, I enjoy problem solving and working to deadlines. I have used these skills throughout my career thus far. A good example of this is the European tour that my previous band ‘Lost In Thought’ embarked on in mid 2011. During this tour I made sure that I was overseeing the majority of planning and decision making. I booked all the overnight accommodation, arranged the tour bus, organised the passport copies, wrote out the bands technical rider, employed a driver, set out the schedule and many other things. I made sure that I also was in charge of the diary keeping, the email/social media accounts and the financial accounts. I am conscientious and reliable, whether it is behind the kit or behind the scenes.

I'm available for playing live, studio recording, consulting and TV appearances. I specialise in metal, rock, progressive, pop, and alternative. I am flexible and able to travel. I hold a full driving license. I will also consider international work.

Events
I’ve played at many events, some including:

Venues
I’ve played at many venues, including:

Studio Work
I have worked in the studio with several artists, including:

I am also the resident drummer for recording studio ‘Pitch Black Studios’.
http://www.pitchblack-studios.co.uk/

Future Ambitions
I am very enthusiastic to expand on the experiences I’ve gained in both live and studio work so far. I plan to attend and complete my BA (Hons) degree next over the next few years as well as push the success of my band Pyrrhic to whatever height I can possibly achieve. I would love to continue working with musicians of a high standard, meeting new musicians in the process, and play at high profile events.

Professional drummer available for studio session work Profile I have been playing the drums since the age of 15. I have taken advantage of opportunities […]