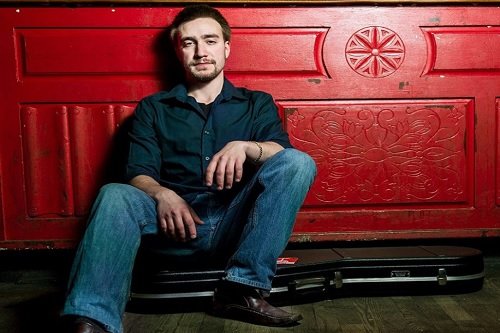 Leon is a Flamenco Fusion Guitarist in London.

He plays an original whirlwind style of highly visceral, passionately charged percussive flamenco/funk fusion that melds his appreciation for a spectrum of rhythmic musical styles into captivating performances on a single acoustic guitar that sounds like an entire band.

Commonly described as ‘James Brown meets Rodrigo Gabriela on an acoustic guitar’, his performances combine the athletic skill of percussive techniques with emotive, highly dynamic and groove-based playing – creating a visually enthralling element alongside an atmosphere that gets people moving and pushes an audience’s expectation of what an acoustic guitar can do.

Leon has performed on primetime BBC1 shows ‘The One Show’ and ‘Inside Out’ in 2017, Sky Art’s Guitar Star in 2016 performing to George Benson, and having played around Europe and Turkey with performances in Mumbai, New Delhi and Pune in India.

Leon is no foreigner to performing in a variety of cultures and places. From the streets of Dublin, rooftop parties in Istanbul, mansions in London, hotels in Barcelona and anything in between, he captivates audiences anywhere he performs.

“Hi Leon, just a quick email before we jet off to say a big thank you for being part of our wedding yesterday. You were professional, friendly, so easy to deal with and, most importantly, your music was fantastic!!! Our guests absolutely loved every single minute and we cried tears of joy when you played ‘true colours’! It meant a lot to have you there and we’re keeping your details for the next time we have a party.”
– Wedding Couple, Hampton Court House Venue, London

“…he literally had audience members jaws dropping…transmits an energy to the audience that really connects with everyone. It doesn’t really matter what particular style of music you are into, when you feel the energy of this style of playing you can’t help but be drawn in.”
– Private Hotel Function, Melia Whitehouse Hotel Martini Dry Bar, London

“Finally, much respect to Leon for his particularly accomplished playing and ability to repeat such an energetic performance so many times over the course of two days. I think George owes you the beers instead. If I manage to see you in TV on my side of the planet, I’ll buy you one, too.”
– Live performance event, private estate Buskinghamshire

“I am absolutely certain that every attendee who visited the event will not soon forget what they had a chance to experience.Thank you for putting your heart and soul into each and every performance. You are a brilliant artist. The world needs to know you and your beautiful music. Please consider yourself a member of our “family”. ”
– Music/Corporate event organiser, private estate Windsor