Petit Four String Quartet is an extremely talented ensemble of lovely ladies who are classically trained with a modern edge that have been playing together for more than five years. Their String Quartet sound is lush and exciting creating a touch of class and fun at the same time.

Thank you to you and the rest of the ensemble for entertaining everyone with your beautiful music, you gave the finishing touch to a wonderful evening. The only constructive feedback we could possibly give is that your performance ended before our evening did, therefore next time we book you, we will have to ensure we book you for the entire evening.

We look forward to hearing you again! 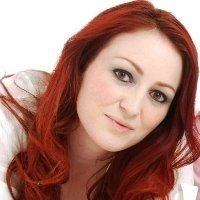 What is a String Quartet?

The traditional String Quartet consist of two violins, one cello an a viola. The Quartet combination allows the String Ensemble to cover a very wide an varied repertoire. String Quartets perform mostly classical, easy listening jazz and pop. Their repertoire has a leaning towards classical music as the instruments were originally made for this genre.

Can a String Quartet perform outdoors and do they need a power supply?

Yes they can, provided it is not raining and the weather permits. Ideally there should be contingency plans in place to enable for the ensemble to be moved into a covered area if the weather turns. In addition to this they require four armless chairs and a semi well lit area. The performers will provide their own book stands if required. The String Quartet is an acoustic ensemble that produces sound that travels well due to the nature of the instruments. They can perform without any electricity or amplification in a small to medium sized area with an audience of 150 to 200 people or guests.

What are the rates to book or hire a String Quartet?

Off peak rates for a String Quartet start from £480.00 for a very short booking in London. The approximate regular rates are around £780.00 for Professional String Quartet performing 3x30 minutes or 2x45 minutes of background music. Cabaret and Stage Shows with Electric Violins with Production vary much more in cost and start from £1500.00. Recitals and Concert charges will vary depending on the repertoire and rehearsals involved.

How long will their performance last?

Their normal performance timings are 3x30 minutes, 1x60 minutes or 2x45 minutes. . Occasionally this can be increased to 3x40 minutes, however this can sometimes be too long if it is for the same guests.

Can a client make any repertoire requests and will there be additional costs?

Yes, clients can make special requests prior to the booking, there are normally No additional charges if the piece is already part of their repertoire list, if it is not, a small nominal fee may apply, however most String Quartets are happy to learn an additional song for No charges if it is for a Special Event.

A prominent featurette and music ensemble that came about in the 1750’s by Austrian composer Joseph Hadyn, who established the group as four string players- two violinists, a viola player and a cellist. Both constraining and testing a composer’s abilities and talent, it has since been considered a prestigious form of art; writing compelling and fluid pieces for four instruments with broadly similar characteristics. String Quartet composition flourished in the mid 18th century classical era, Mozart and Beethoven each wrote several themselves. Early 20th century and romantic composers have composed string quartets with a modern take, including Robert Schumann, Johannes Brahms, Franz Schubert, Claude Debussy and Felix Mendelssohn.

Over the years, musicians have then embraced this ensemble whilst adding their own individuality and modern take to traditional and classic compositions to suit audiences’ and clients’ personal taste. Their wide well as varied repertoire is bound to appeal to the specificities that are required. Be it easy jazz listening for dressed down or cooperate events, or classical music for weddings and ceremonies, our diverse options of String Quartets are here to zhuzh up your events whilst entertaining your guests. An all-round sophisticated and exclusive experience altogether.