Zenghui is a highly versatile Chinese musician, with over 20 years experience playing a wide range of Chinese music, including Beijing Opera, Chinese classical music and folk music. She is a graduate in instrumental music from the Tianjin Opera School and the China National Beijing Opera College. After graduation she performed in the national Beijing Opera Company for nearly ten years, and worked for the re-established Mei Lanfang Opera Troupe from 1996 to 1999. 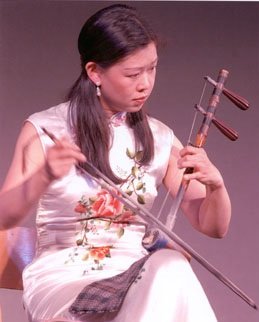 Since moving to Britain in 1999, she has performed on many occasions, at venues including the Queen Elizabeth Hall and Birmingham Symphony Hall, and World music festivals including WOMEX 2006 (Spain) and WOMAD 2007 (UK).

She has taught at SOAS, University of London, and has given workshops at numerous schools and other organisations around the country. She has also recorded music for CD and film. 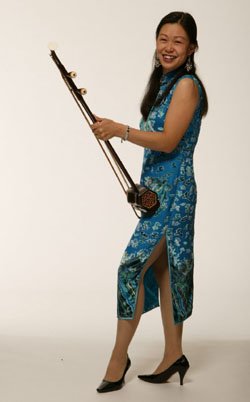