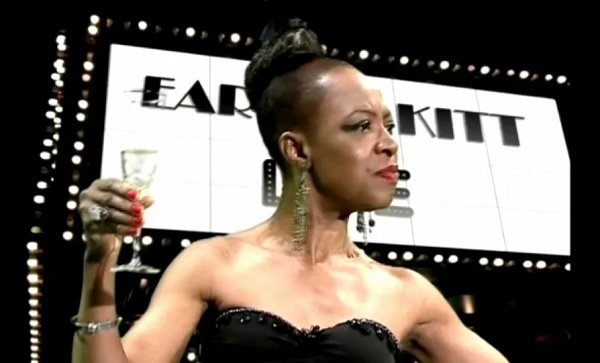 The performer has headlined as a cabaret entertainer in the USA, the Caribbean, Europe, Asia, and Africa, with singing residencies that include among others, The Mandarin Oriental Hotel (The Bamboo Bar), Bangkok, Thailand; Lemuria & Ephelia Constance Resorts, Seychelles, Africa; and Hilton Hotels in Istanbul,Turkey; Munich & Dusseldorf, Germany; Vienna, Austria; Budapest, Hungary, and return engagements in Greece and Italy. She has recorded with several indie record labels in Italy.

This bodacious tribute merges some of Kitt’s most popular hit songs with captivating storytelling that highlights the lows, peaks, and challenges endured by the entertainer in her journey from an impoverished South Carolina cotton plantation to international stardom.

An inspiring, entertaining, and dramatic solo performance, EARTHA, La Chanteuse! is self-contained, portable, and perfect for presenting and touring. It is a show that will recapture the hearts and memories of one generation, while simultaneously introducing the indomitable spirit of Eartha Kitt to newer generations.

WHEN YOU’VE GOT LOVE