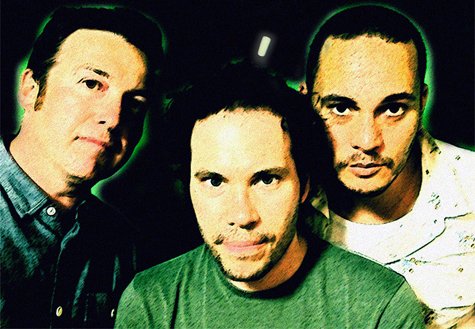 All three members have been lifelong fans of the Police and now they are finally together and love playing the music of that inspired them those years ago.

Harry (Sting – bass and vocals) and Tom (Andy – guitar and vocals) have known each other since their school days and last worked together with now legendary British producer Jim Abbiss (Arctic Monkeys, Kasabian, Editors) on the Kubb project that was released by Mercury Records. The album, ‘Mother’ went onto sell 300,000 copies.

Message In A Bottle

Harry went on to sing with the epic Faithless on their world tour having sung on their recent ‘Bombs’ single – both to critical acclaim.

Tom played with British hip-hop act ‘The Swamis’ who had major record label interest and toured with hip-hop legends ‘The Pharcyde’ on their UK tour.

Also noteworthy is the fact that Tom’s father is original Police engineer and co-producer Nigel. Nigel recorded the albums ‘Outlandos D’Amour, Regatta De Blanc and Zenyatta Mondatta – the albums containing ‘Roxanne’, ‘So Lonely’, ‘Can’t Stand Losing You’, ‘Message In A Bottle’, ‘Walking On The Moon’, ‘Don’t Stand So Close To Me’ and ‘De Do Do Do, De Da Da Da’ amongst many others.

Tom obviously has had unique access and contact with the music and the band over the years and has the chance to consult with Nigel over sounds and production techniques.

Simon (Stewart – drums and vocals) was the drummer in awesome Brit band The Barbs whose ‘Massive Crush’ single was a huge radio favourite and Number One single in many countries. The Barbs were a festival staple playing at Glastonbury amongst many others.

Simon is also a long-time Paiste cymbal endorser – along with original Police drummer, Stewart Copeland.
Now these players are together, pouring their energy into performing the music of The Police. Not merely a ‘covers’ or ‘tribute’ act – they are much more.

Their playing styles have been shaped in part by the original music and they bring their own energy and vibe to the music – their gigs are like The Police ‘on any given night’ of their own tour – the music is live, fluid and varied whilst sticking to the original bands arrangements.

“Wow! If I didn’t know this was a tribute band, I’d probably think it is The Police!”
– Christian – Paiste cymbals European Marketing Manager

‘That’s better than The Police!”
– John